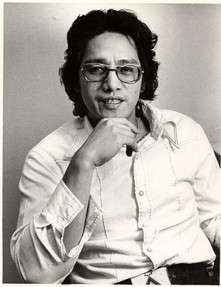 Juneau, Alaska (KINY) – For the final weekend of the museum’s exhibition “Mug Up: The Language of Cannery Work,” events are being held on October 7 and 8.

Entitled “Mug Up” after the cannery term for a coffee break, the exhibition shares stories of Alaska’s cannery crews and showcases artifacts from the canned salmon industry through the lens of the Alaska Packers Association’s

Oscar worked in Alaska canneries for fifteen seasons, and his stories, poems, and essays have been published nationally and internationally. Oscar founded the San Francisco chapter of the Filipino American National Historical Society and advocated to establish an Ethnic Studies program at San Francisco State University, where he later taught. He is a recipient of the prestigious award Gawad ng Alagad ni Balagtas, by the Writers Guild of the Philippines, for his lifetime achievements in promoting and pioneering the institutionalization of Philippine Studies, Philippine-America¬n Studies, and Philippine Languages Studies in the United States. This program is organized in partnership with Filipino Community, Inc. and sponsored by the Friends of the Alaska State Library, Archives and Museum.

October 8 is the last day to see the exhibit.

At 2:00 pm, Mug Up project leader and Alaska’s state historian Katie Ringsmuth will give a lecture titled “How to Eat Canned Salmon,” on the history of marketing salmon. The lecture will be moderated by Bob King and held in the APK lecture hall. Alaska Historical Society attendees can watch virtually via Crowdcast. At 6:00 pm, Katie will give a second lecture, “