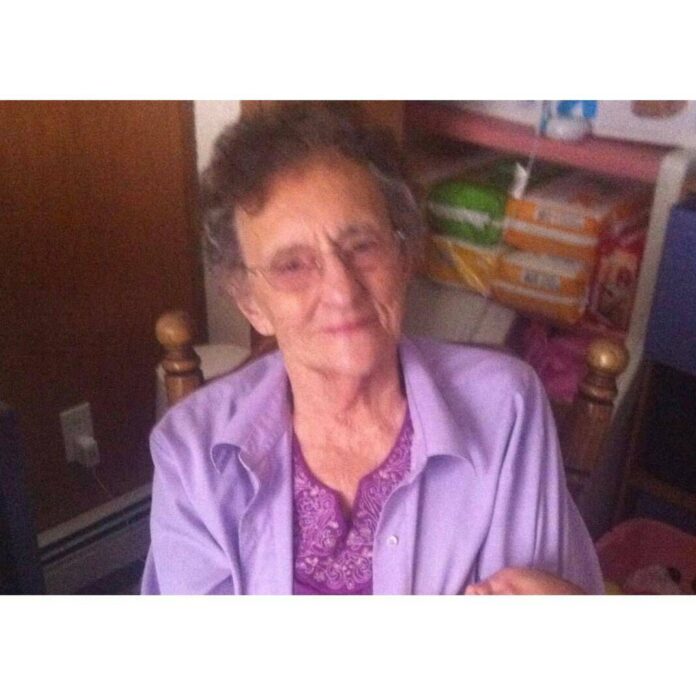 Born on December 2nd, 1927, in Douglas, Co. to Anthony and Margaret Kleewein (Flierl). Mary and her family moved to Mountain Home Id. and in 1936 Mary’s father and sister Johanna age 3 died in a tragic house fire, Mary, her mother and her siblings Walter, Johnny, Joe, Barbara and Toni survived the fire. The family then moved to Denver Colorado where her mother met, and married Frank Krizman and they had 4 more children Steven, Frank, Roseanne and Henry.

During World War II Mary met and Married Marvin Oathout and moved to Indiana with her first son Gary and then had three more children Connie, David and Dana.

Mary worked full time while raising four children. She worked at Rose Acres Farms, the local Shoe Factory, then Seymour Manufacturing and later Cummins engine Company where she retired in 1983 and moved to Alaska. Mary had several jobs working as a cook and housekeeper at a Lodge, then in her 50’s she decided to follow her lifelong dream of becoming a Nurse. She got her GED then attended nursing school at the University of Alaska Anchorage where she graduated in 1986 and became a Licensed Practical Nurse (LPN). She worked at Our Lady of Compassion and later at the Mary Conrad Center until she retired. She loved being a nurse and receive recognition awards for her compassion and commitment. Her patients loved her for her kindness, and she went the extra mile to make them feel special.

Mary’s passions were cooking, gardening, and sewing. She made over 50 quilts for her children, her grandchildren, great grandchildren and friends. She enjoyed a weekly sewing group with cherished friends. One of her favorite things was making bread for her beloved great grandson Logan. Her baking talents have been passed down to her many granddaughters.

Mary’s greatest love was her family. She loved holidays. She was always in the kitchen cooking and baking. Her house was always open to family, friends and even strangers for the holidays.

In 1996 Mary was introduced to William Welch by her daughter Connie and after a brief courtship they married at Mary’s home in Palmer, Ak where they enjoyed 5 years of happiness.

During the pandemic, I picked up a few hobbies, streaming on twitch, online shopping, and, fishing. Now I only do a couple of these still but fishing is by far one of my favorites.I have friends who used to take fishing trips out to the Yakima Valley when I was still...

Deadline Nears For Alaskans To Get Studded Tires Off Vehicles

By Anchorage Daily News Updated: 8 hours ago Published: 11 hours agoSummer tires are swapped for studded winter tires at Johnson’s Tire Service in 2015. (Scott Jensen / ADN) With the arrival of spring comes the annual Alaska ritual of switching out studded tires to avoid getting a ticket.Drivers in...

Michael F. Walker Michael Flay Walker, 68, of Ranson, West Virginia passed away on Monday, April 11, 2022.Born Jan. 11, 1954 in Rutherfordton, North Carolina, he was the son of late Grady Walker and Ella Williams Walker.He was of Baptist faith.Michael was a US Navy Veteran, with 24 years of...