No Result
View All Result
Home US

by NewsReporter
in US
Reading Time: 2 mins read

Police are closing the Minnesota State Fair early after an incident Saturday night.

The Minnesota State Fair released this statement at about 10:50 p.m. Saturday:

“The fairgrounds began closing early this evening at approximately 10:20 p.m. due to disturbances in the area of the Midway. There is nothing more to confirm at this time.“

Many of people were seen on the 5 EYEWITNESS NEWS livestream camera running in several directions at about 10:07 p.m.

Multiple officers and deputies were seen carrying rifles and cruising the area with emergency lights switched on just before 10:30 p.m.

An area near the Midway was blocked off with crime scene tape.

This is a developing story and will be updated with information as it becomes available. 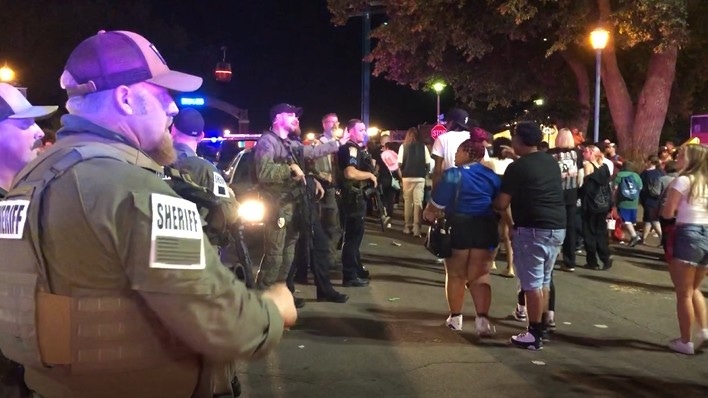 Police evacuate the Minnesota State Fair after an incident (KSTP).

A lieutenant of longtime former Proud Boys chairman Henry “Enrique” Tarrio became the group’s first member to plead guilty to seditious conspiracy in the Jan. 6 Capitol riot on Thursday, deepening the government’s case against an organization accused of mobilizing violence to prevent the inauguration of Joe Biden.Jeremy Bertino, 43,...

President Joe Biden has announced a pardon of all prior federal offenses of simple possession of marijuana in a move welcomed as “long overdue” by criminal justice advocates.“There are thousands of people who have prior federal convictions for marijuana possession, who may be denied employment, housing, or educational opportunities as...

Follow live coverage in the video player or on Local 4+DEARBORN, Mich. – Police are responding to what’s being called an “active shooting scene” at a hotel in Downtown Dearborn on Thursday afternoon.Dearborn police said they were engaged with a shooter at the Hampton Inn hotel at Michigan Avenue and...

MERCED COUNTY, Calif (KSEE/KGPE) – The bodies of the four missing family members who were kidnapped from their business have been found dead, according to the Merced County Sheriff’s Office. “They can now at least have some kind of closure. not the closure we were hoping for and it’s not...