Justice Dept. And Trump Lawyers Dispute How The Mar-A-Lago Special Master Should Work 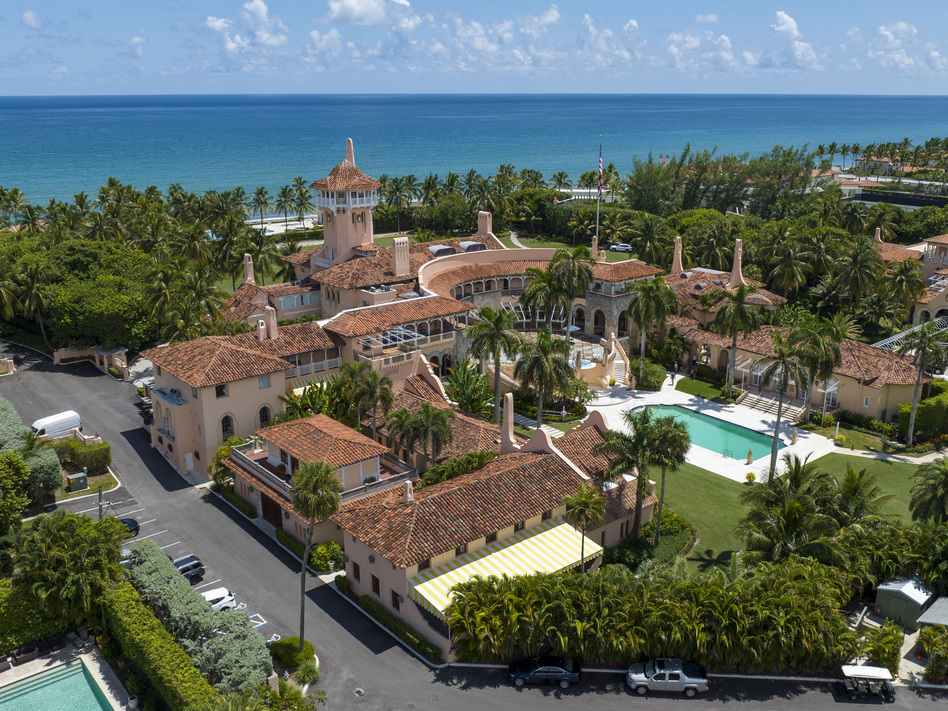 In documents filed in court Friday, lawyers for former President Trump and the Department of Justice listed their preferred candidates for the role of special master.

Lawyers for former President Trump and the Justice Department laid bare significant differences over who should serve as an independent special master to review materials collected during the Aug. 8 court-authorized search of Trump’s Mar-A-Lago club that turned up highly classified documents.

They also split over how the special master should go about the work of identifying possible priveleged information to be returned to Trump.

The parties submitted a joint filing late Friday night with the U.S. District Court for the Southern District of Florida ahead of a midnight deadline set by Judge Aileen Cannon.

Earlier this week, the Justice Department filed an appeal to the judge’s order to appoint a special master and a request to stay the order until the appeal is decided, but neither has been acted upon yet. Trump’s lawyers have until Monday to respond to the appeal.

The government has proposed two retired federal judges to serve as special master if their appeal fails: Barbara S. Jones, who served in the Southern District of New York and was appointed by Bill Clinton to the federal bench, and Thomas B. Griffith, a George W. Bush appointee who served on the federal district court in Washington D.C.

Trump’s legal team proposed retired federal Judge Raymond J. Dearie who was appointed by Ronald Reagan to the Eastern District of New York, and who also served on the Foreign Intelligence Surveillance Court. Their second candidate is Paul Huck, Jr., a former partner at Jones Day and contributor to the Federalist Society who served in Florida state government under former Republican Govs. Charlie Crist — now a Democrat — and Rick Scott.

The Justice Dept. and Trump’s lawyers disagree over how the special master should work

View this story on npr.org

CapRadio provides a trusted source of news because of you.  As a nonprofit organization, donations from people like you sustain the journalism that allows us to discover stories that are important to our audience. If you believe in what we do and support our mission, please donate today.

The DOJ Believes Trump Still May Not Have Returned All White House Documents After FBI Already Seized Thousands Of Pages Of Material: Report

CANTON ‒ Nan Whaley was in town Thursday night.Of course, that was no secret to anyone who happened to drive the section of I-77 next to the Pro Football Hall of Fame. The name of the Democratic candidate for Ohio governor was plastered in bright lights on the two giant...

The latest Tweet by Bloomberg states, 'Trump’s lawyers failed to stop former White House Press Secretary Stephanie Grisham from being deposed in a defamation lawsuit after arguing she shouldn’t testify while on painkillers for a broken foot ...' Socially Team Latestly| Oct 07, 2022 06:45 AM IST Trump’s lawyers failed...