PITTSFIELD — The Board of Trustees of Hancock Shaker Village (HSV) recently announced that director Jennifer Trainer Thompson will step down in July. Thompson has been credited for her transformational leadership of the museum and is recognized as an innovator in the museum community. Since her appointment in September 2016, HSV has grown in size and stature and has been infused, as The Boston Globe noted last summer, “with great gusts of contemporary vitality.”

Thompson is stepping down to work on creative projects, and will serve as a special counsel to the board of trustees following her departure. “Today Hancock Shaker Village is in great shape — financially, organizationally, and programmatically,” said Thompson in a press release. “Indeed, it is partly due to this success that it feels like the right time for me to leave.”

Under Thompson’s leadership, Hancock Shaker Village has featured exhibitions that view the Shakers through a contemporary lens and included works by Maya Lin, Thomas Barger, James Turrell, Jenny Holzer, Don Gummer, Barbara Ernst Prey, Stephen Hannock, and Abelardo Morel, among others. Designers attracted to the Shaker aesthetic who have curated or participated in shows at the Village range from Tory Burch to Gary Graham.

One of Thompson’s first decisions as director was to turn the 1910 Barn hayloft into a concert venue, which led to performances by both well-known and rising stars, including Natalie Merchant, Dom Flemons, Yo-Yo Ma, and The Knights. A collaboration with Jacob’s Pillow supported an artist residency with the Brooklyn dance troupe Fist & Heel. Thompson also initiated the dinner series Food for Thought, with guest authors ranging from Gov. Deval Patrick to environmentalist Elizabeth Kolbert to Pulitzer Prize winner Stacy Schiff. Other new programs which debuted under her tenure include goat yoga, Hancock Holiday Nights, and the Big Chill.

Under Thompson’s leadership, the long-forgotten trail and South Family Site of the Shakers were opened for the first time in museum history, The Trustees’ Office and Store was renovated into artist and intern housing, and critical preservation work has been done on two wooden silos, the Dairy El, and the 1826 Round Stone Barn.

“Market matching” currently enables BAV to support markets in offering a 1:1 SNAP match up to $30, with the hope of either removing the $30 limit or raising the match to 2:1, depending on the success of fundraising efforts.

Until now, Berkshire County farmers markets that offer matching programs have fundraised independently of each other, which can present great challenges, especially small markets who often don’t have the time or expertise to raise enough funds on their own. As a result, some markets weren’t able to sustain their matching program through the entire 6- to 7-month market season; some didn’t offer the program at all. By establishing this centralized fund, BAV is eliminating all of these capacity and fundraising barriers.

This concept of a centralized fund emerged in 2021, when BAV distributed $20,000 in grants to bolster market match programs at four Berkshire County farmers markets: New Lebanon, North Adams, Pittsfield and West Stockbridge. After speaking with market managers and farmers about the positive impact these programs have had on their businesses and communities, BAV realized how critical this support is for the region.

Through the development of the Market Match Fund, BAV looks to achieve the goals of 1) improving markets’ operational efficiency without adding to their expenses or workload; 2) expanding the regional economy by guaranteeing farmers and food producers access to a reliable, additional revenue stream; and 3) increasing access to affordable, fresh, locally grown and produced food in communities where these markets are located.

“In a world where charitable dollars are often misspent in ways that don’t fit the needs of low-income folks, the importance of [giving them the choice to shop at farmers markets] cannot be overstated,” said Josh Young of the New Lebanon Farmers Market.

Winners of the OER Olympic Awards were selected by a subcommittee of the OER Advisory Council, which evaluated more than 25 nominations of outstanding faculty and staff members from public institutions across the Commonwealth. Reynolds’s prize includes a $750 honorarium.

Open educational resources are free of copyright and fees, allowing anyone with access to a computer the ability to download and share them. Each winner of an OER Olympic Award was judged to have gone above and beyond the call to create, adapt or adopt OER for academic use institutionally, regionally, nationally or internationally. Awards will be presented by the OER Advisory Council in May.

“I have received many emails of thanks from students around the world who rely on the digital library for study or projects, and from instructors who are grateful to have found a public domain resource that allows them to create their own Open Educational Resource textbooks and laboratory manuals,” Reynolds said.

The database gets up to 10,000 hits per day, with total views close to 3 million. There are now nearly 1,200 images in the collection, all within the public domain. And the project continues, with microscopic images of complex tissues and organs in humans about half complete.

PITTSFIELD – The Greylock Federal Credit Union held its 2022 Annual Meeting on March 22. The meeting resulted in the re-election of four board members and the acceptance of the 2021 financial statements and the Supervisory Committee Audit Report.

In his report, Chief Financial Officer Michael R. Stoddard stated that, “the year turned out to be even stronger than 2020 as robust deposit growth continued, loan losses declined to a 27-year low and net income for the year reached an historic high.” According to Greylock’s Annual Report, net income totaled $12.7 million and total assets grew by $136 million to more than $1.5 billion in 2021. While loans decreased by 2%, deposits increased by 12% and the credit union’s regulatory capital increased to 10.12%. These results were confirmed by Greylock’s Supervisory Committee through a report by James T. McGough, from the independent audit firm Wolf & Co.

Other 2021 Greylock highlights that were shared at the annual meeting included: 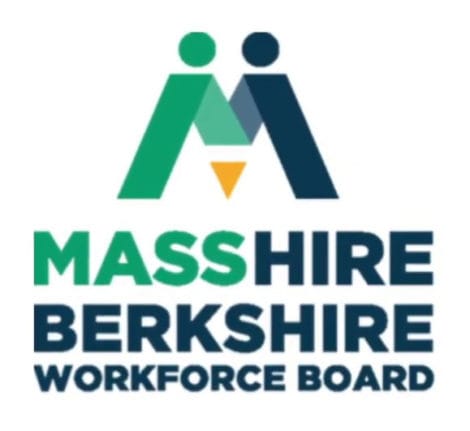 PITTSFIELD — As the Chief Elected Official for the federally mandated Berkshire Workforce Board, Mayor Linda Tyer has appointed four leaders to the MassHire Berkshire Workforce Board. This business-led board serves the 32 communities in Berkshire County by identifying the needs of the local job market, leveraging resources, overseeing the MassHire Career Center, implementing college/career readiness programming, and directing workforce programs in the region.

Board Members are volunteers and serve for two-year terms. The Board creates and sustains career pathways by aligning the employment, training, education, and support services needed. MassHire promises to champion prosperity, connecting employers with talent and job seekers/youth with tools, services, and connections to achieve meaningful and sustained employment.

Introduction Intracerebral hemorrhage (ICH) is defined by the American Stroke Association (ASA) as Rapidly developing clinical signs of neurological dysfunction attributable to a focal collection of blood within the brain parenchyma or ventricular system that is not caused by trauma1 It is the second most common cause of stroke, accounting...

Derry Girls Tuesday, 9.15pm, Channel 4Lisa McGee’s joyous coming-of-age comedy returns for its third and final season, with the “wee lesbian” (Nicola Coughlan), the “wee English fella” (Dylan Llewellyn) and the rest of the gang of teenage misfits navigating the Troubles in 90s Derry. The summer holidays are coming to...