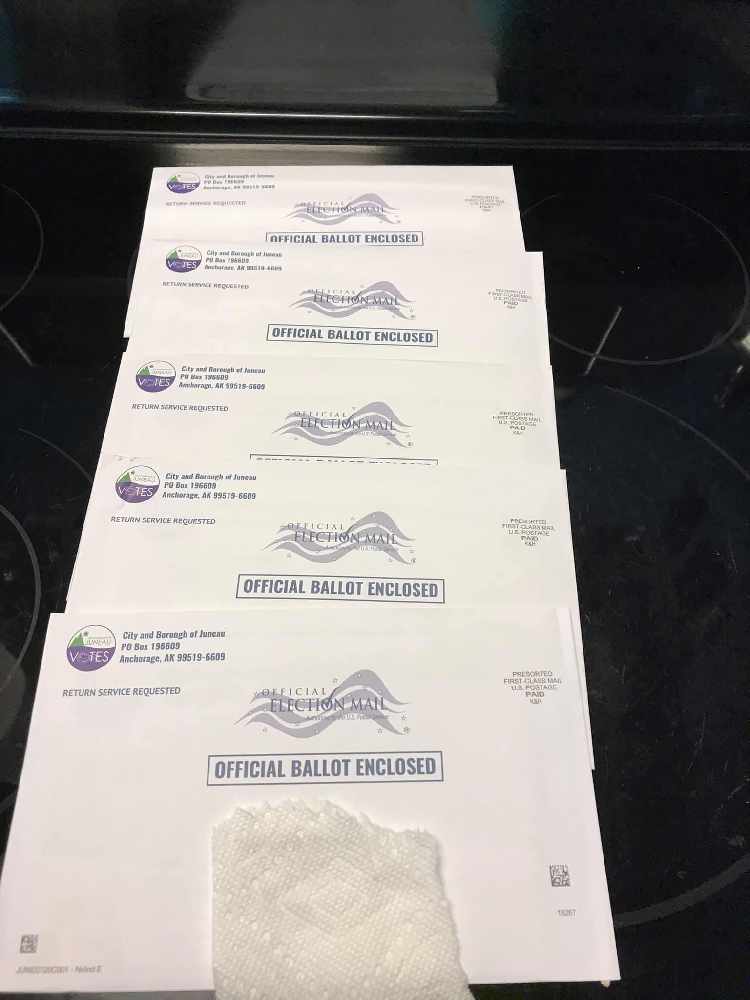 Ballots were mailed Tuesday to all registered Juneau voters at the address on file with the Alaska State Division of Elections. The city is encouraging voters to check their mailboxes for a mailed ballot, as some could have arrived as early as today.

As of 3 pm, voters will be able to drop of their voted ballots in secure drop boxes at the Auke Bay-Statter Harbor Boat Launch Parking Lot, and the Douglas Library/Fire Hall Community Building.

Vote Centers, where voters can receive voter assistance, request and vote a replacement ballot, or drop off voted ballots, will be open beginning September 19 at: